The Lonely RVer: Searching for and Finding my Flock

So I made a mistake! I am in rural Texas during the elections. I’m here through the end of the month before heading to South Padre Island. But I’m ready to move on now. After a crazy summer of moving from state to state, I needed a rest. But this part of Texas is hardly a respite. My RV neighbors are killing my buzz . . . impeding on my good vibes . . . exuding negative energy. The karma, combined with my isolation as a solo woman RVer, have been stifling. But I have sought and found my people!

Texas is state #19 since I started my RV adventure in late May. And I have NEVER had this happen. In this campground, in the last few weeks, I’ve had fellow RVers insult the state I was from or the states where I am headed. They dismissed me outright. I was completely taken aback.

In the first instance, I met up with a group of older white women who had convened in my campground. I was so excited to see a group of women RVers that I went over to introduce myself. They asked where I was headed after Texas, and I told them up the west coast and into the northwest – California, Oregon, Washington. Well, you would have thought that I was going to jump the border and hang out with a bunch of Communists. It was not the reaction I anticipated. In every other state, my response would have been met with curiosity and maybe even a bit of envy. These RVing women halted their travels at the Texas border. Worse, they were so narrow-minded as to wonder why anyone would live in a “blue state.” Instead of curiosity, I felt harangued.

I brushed it off as a fluke – until the other day. I ran into my RV neighbors at the local restaurant. We had a normal enough conversation until he asked where I was from. I told him I had lived in Virginia for almost 19 years. Instead of asking about my life there, he insulted Virginia! As far as he was concerned, it was an uninhabitable east coast liberal state. Naturally, I defended my lovely adopted state. I did hear his wife mention that he had never stepped foot in Virginia. Wow! I was shocked at the nonsensical hostility that he professed over a state he had never visited – and those who live there. He, and the group of women RVers, espoused a combination of arrogance and ignorance.

Both experiences left me feeling disappointed in humankind. Then the week before the election, noisy flag-waving RVers arrived at the campground. And I had to walk by their visual pollution every day. And yes, that included a Confederate battle flag waving on the back of one of the vehicles. Thankfully, they stayed for just one weekend.

The accumulation of these interactions and the negative energy began to affect my vibe. I work hard to be a positive force on this planet. To encourage, inspire, and guide. My online work is a welcome reprieve, but I really began struggling with maintaining my positive attitude.

RVing as a solo woman has its trials and tribulations – and loneliness can set in. And as the election approached, I began to feel isolated, lonely, and starved for an intellectual conversation. I talked to my friends on the phone, but the lack of respectful human interaction was wearing on me. So I reached out to the liberal and progressive RV women Facebook groups (yes, they are out there). Was anyone in this area? And I got lucky!

So on the day that Biden was confirmed as our President-Elect, I drove to a campground 40 miles away to meet up with a group of progressive women RVers. I joined them at the river’s edge, dangling my feet in the cool water as we celebrated Biden’s victory. I could breathe again. Laugh and celebrate, without fearing reprisal. I had found my flock!

Keeping my Head Low and Adapting

This two-month stay in the hill country region of Texas was all about building a work-life balance and focusing on my health. I can already tell you that I have failed. The hiking trails have not held my interest, and I had to give up my efforts to complete the couch-to-5k running program. I’ve had to focus on my psyche, and my business. I am putting in long hours on the business, with hopes that I can work ahead so that the next few months at South Padre Island are more pleasurable. I know that some members of my newfound “flock” will be in the area, so I’m hopeful we can have some safe meetups.

In the meantime, my ordeal with negative people has continued. Over the years, I have been writing short inspirational stories. Every Sunday, I send a new story to members of the Gutsy Women Club (since disbanded). I call them Sunday Gems. Here’s one of my stories:

My dad loved vacations. When he was away from the farm, he was full of life and adventure. The stories of his antics are legendary – his victory in a “flamingo legs” contest aboard a cruise, his stint on stage as an Elvis impersonator, his helicopter ride over the Grand Canyon. He was game for almost anything.

But in his everyday life, he felt a deep obligation to keep the farm in the family, even if farming wasn’t his calling. So there was grumpy work dad, who went about the practicality of milking cows and bringing in the crops. Then play dad, who high-fived me when the Packers scored a touchdown at Lambeau Field.

It’s a dichotomy that many of us feel in our own lives. We have to work at jobs that sometimes bring little satisfaction. We live for vacations to rejuvenate our spirits. But what would happen if we could truly design and create a life that matched our deepest desires?

My dad lived in a different time, weighed down by the expectations of his family and society. I think about his life and the trick of memories. I see dad in my dreams, wearing his vacation grin and waving at me from a boat. And some days, as I’m crossing yet another state line in the RV, I can feel his presence in the passenger seat. He’s got that same grin on his face.

I compiled 20 of my short stories and created a Kindle mini-book. Upon its publication, I offered it for free for five days. Yesterday, I checked on the mini-book to discover that someone had reviewed it. And more disappointment set in. Instead of reviewing the content of the book, the reviewer chose to criticize me on a personal level. Why must people be so critical, negative, and spiteful? I know it’s easy to express your opinions anonymously online. But those words have an impact, both emotionally and financially.

Here’s the truth. I am working like a dog on creating a business that has yet to earn a profit. It remains an uphill battle. And many days, I feel discouraged. But I also feel like I’m getting closer to rounding the bend. That maybe, just maybe, I can connect with people who want financial freedom, who have not given up on their dreams, and who are willing to put effort into building an amazing future.

So I’ll keep working on my coaching programs, and the Gutsy Women Finances community. Plus, I’m putting the final touches on an RV Superwoman Journal and a Gutsy Woman Bullet Journal. I am a long way from giving up – I believe that I can make a powerful positive impact on women’s lives. And I feel more optimistic, as I’m about to get some help in the marketing and promotions area. Few things in life are easy, and my recent experiences have demonstrated both my resilience and my need for human kindness and intelligence.

Interested in financial freedom? Check out my upcoming Workshops. 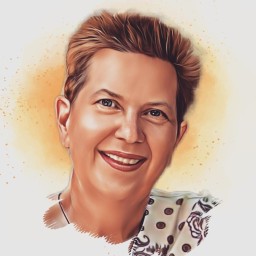